Hats off to the ad agency who came up with this cheeky (and no doubt viral) ad campaign for the New York State Lottery’s “Sweet Million” game.

I’m pretty sure this is a spoof ad but it’s brilliant nonetheless. (Discovered via BoingBoing)

Unlikely inter-species friendships are documented all over the internet but I think this is the largest number of different animals I’ve seen all together. Honestly, um, how the heck did this happen? 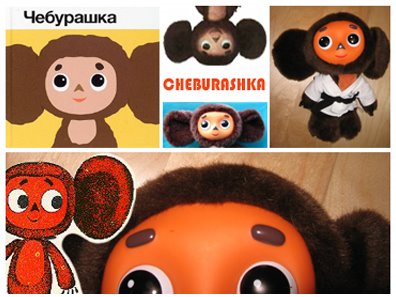 Ever heard of Chebrushka? I’d seen this character around but didn’t know much about him until I randonly stumbled on this post at orangeyoulucky.blogspot.com.

A trip to the Wikipedia revealed even more information. Turns out he’s dates back to a Russian children’s book from 1966. Here’s what he originally looked like: 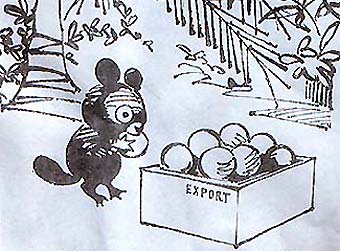 Then in 1969 his look was expanded upon and he was launched into popularity via these Russian stop-motion animation cartoons:

So if you’ve seen this little guy around and you’ve wondered who he was, now you know!

This reminds me what a great show the Muppet Show was. I was just a kid but it does seem like they successfully created a show that adults could enjoy watching with their kids.

I’m pretty positive the clip above is from the Ed Sullivan Show in 1969. (Before my time. And even before the Muppet Show itself.)

Want to know the origins of this song? In the late 1960’s Italian composer Piero Umiliani wrote the song “Mah Nà Mah Nà” for a controversial mondo film about the seedy underbelly of Sweden called Svezia, inferno e paradiso (Sweden: Heaven and Hell). You can listen to the original version of Mah Nà Mah Nà here. (Thank you Wikipedia!)

P.S. My favorite memory of this song is that when I was a really little kid, my dance teacher picked this song as our tap dance recital number. (Hmmmm, there must be a betamax video of that floating around somewhere!)

Apparantly the Beyonce force is so strong not even 13-month-olds can resist! (Be sure to watch for a couple of minutes. It just gets funnier and funnier!)

Think pet hamsters can’t do anything interesting? Prepare to be impressed. Plus, I don’t know what I love more — the fact that the hamster does this this obstacle course so well or the adorable handmade obstacle course itself. 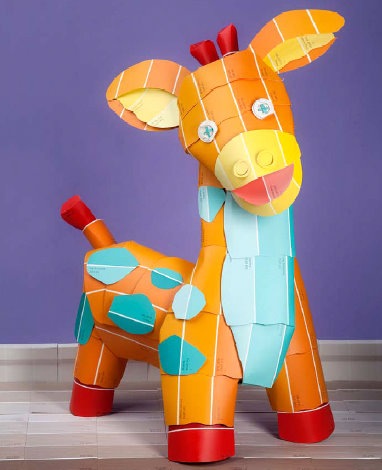 thedesignfile.net has a great blog article all about Sherwyn-William’s adorable and beautiful new advertising campaign featuring paint chips in all kinds of creative ways.

This hysterical 1-minute cat re-enactment of LOST almost makes up for my disappointment with the LOST series finale a couple of nights ago. Almost.

At any rate, it’s talking cats; it’s LOST-related. How can you go wrong?